The current core building of Heights High School was originally constructed in 1926.  Its Tudor style contributes to the historical significance felt by the Cleveland Heights – University Heights community.

The 1926 building was expanded over the years to accommodate growing enrollment and new educational programs. A science wing, gymnasium, and swimming pool were added in the 1960’s. In the 1970’s, space was added for career and technical education programs. Since then other changes shifted interior programs and attempted to add energy efficiency strategies.

In addition to offering students 21st century learning environments and accommodating increasing community events, the goal of the project was to revive and emphasize the original architecture of the building, including arched ceilings and the reopening of skylights that were previously covered up, bringing daylight back into the building.

The historical significance of the original building promoted robust community interest in the project. Multiple open community workshops facilitated engagement and trust that contributed to the success of the project.  Community members collaborated with students and the design team to thoroughly define the project opportunities and challenges and to develop a design solution that now supports them all. 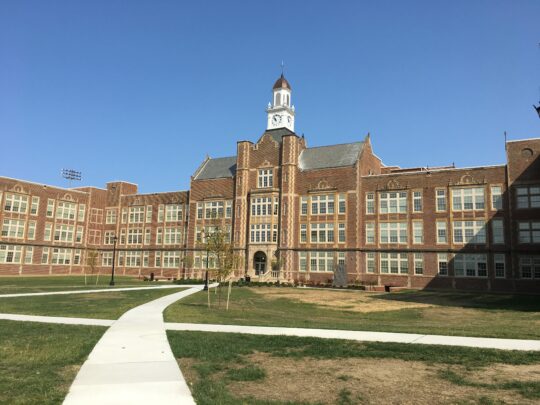 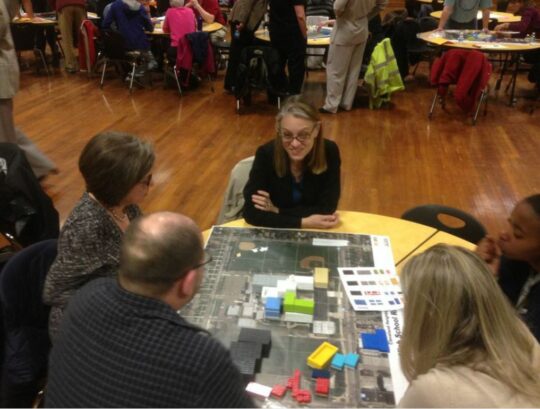 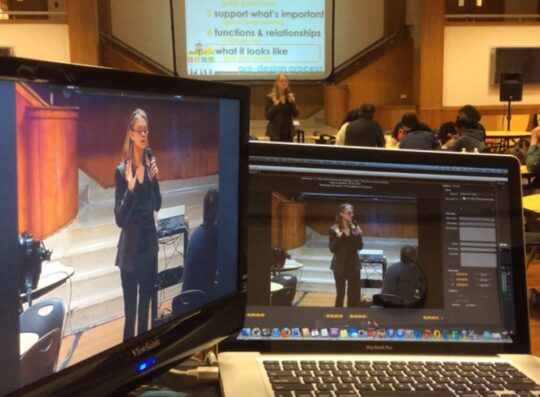